Released back in March of 2013, the original video animation for Little Witch Academia was released as part of the Anime Mirai project, which was a showcase of different short animations done by rising anime companies in the industry in Japan. After being released on Youtube and other streaming sites the same year to very positive overseas acclaim, a successfully kickstarted sequel animation, and a TV series released in early 2017, Bandai Namco and A+ Games have transitioned the anime to video game with Little Witch Academia: Chamber of Time. And while not perfect, Bandai Namco has managed to capture a solid gameplay design with a presentation that rivals the anime to a fantastic degree. 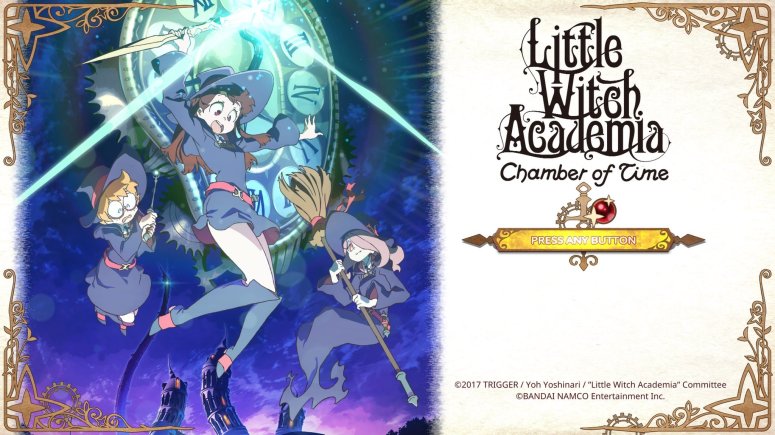 The story begins with the beginning of summer vacation for the students of Luna Nova Academy, a school harboring for up and coming witches. Our titular character, Atsuko “Akko” Kagari being the school’s less than knowledgeable student gets assigned to organize the school’s library where she then dozes off to wake up a few hours later to have a mysterious book placed in front of her. After shelving the mysterious book, her along with her friends Lotte and Sucy discover a hidden dungeon and clock tower which leads to the school living through the same day over and over again. 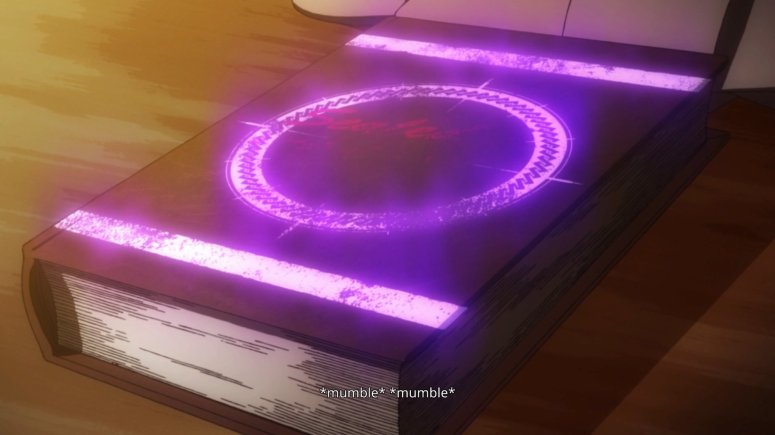 The story presents itself rather nicely, taking itself as like a more lighter rendition of 2007’s GrimGrimoire by Vanillaware released on the PS2. Other characters from the series also make their appearances as well, all being reprised by their proper voice actors from the TV series. Even to those that haven’t seen the series can get into the game’s story and characters rather easily with the choice early in the game to “reminisce” about each of the characters to give an idea of who they each are. 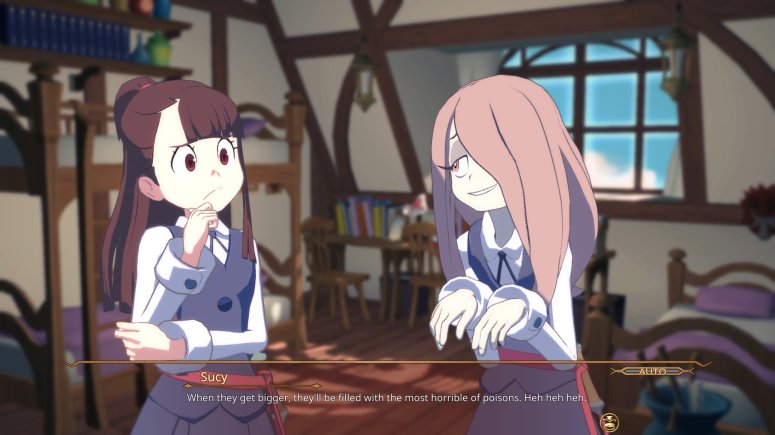 The presentation of Luna Nova Academy and its characters makes for one of Chamber of Time’s strongest suits throughout the game. Everything from each of the character’s voice actors reprising their respective roles from the anime to the character animations and body language conveyed through text conversations, the game follows straight from the anime and heightens it with a very satisfying degree of care put into production. If that wasn’t enough, Studio Trigger, the animation company behind the original series, even worked on all of the animated cutscenes found throughout the game. As for the school itself, nearly all of Luna Nova Academy is explorable. From the tallest tower housing the Sorcerer’s Stone to even the sewer system of the school, nearly every facet of Luna Nova is accessible and available early on to teleport between different sections. As for the various stages of the dungeon you unlock finding special keys through the game, each of them stand on their own nicely varying from puzzle-like forests to sinkhole infested deserts. 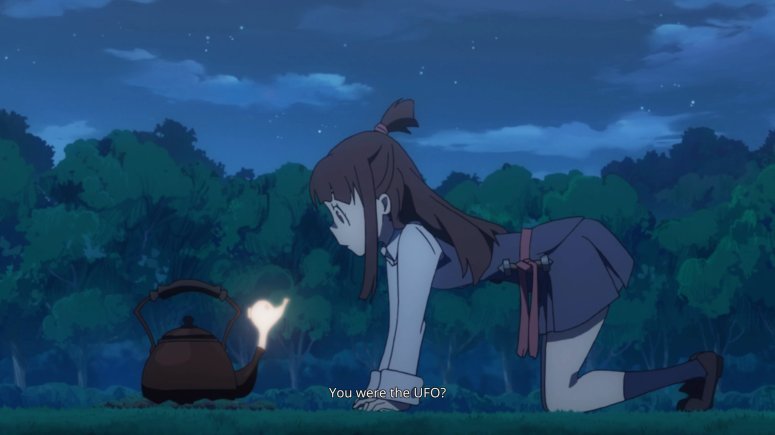 While the prospect of being able to traverse all of Luna Nova sounds interesting, in practice it actually brings about one of the major caveats of the gameplay, the game’s sense of navigation. The large map on hand which can be a handful to remember at first, invites the game to introduce the existence of different save points all across the campus. Unfortunately, instead of being able to transport to the discovered points for free after first discovery, the game uses a potion system you have to stay stocked up on at the store to cut down on the massive amounts of running to different objectives located in the game. Coupled with some sometimes vague mission objectives, and it can lead to a serious case of wasting time simply finding and completing your set objectives. 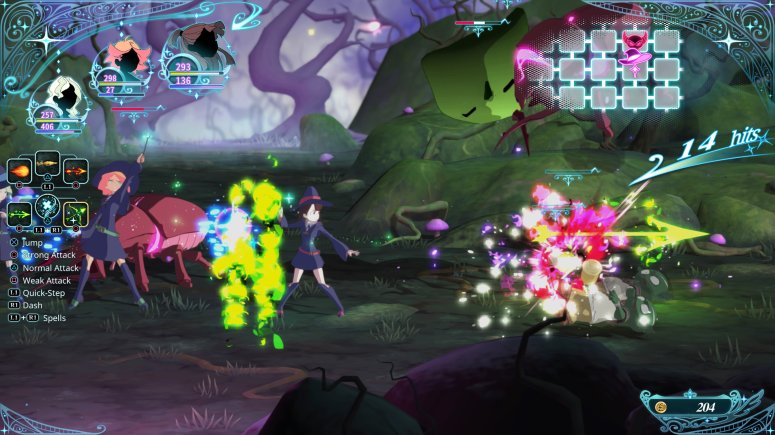 As for the actual gameplay on the different floors of the dungeon, it plays as a 2D side scrolling brawler ala most Vanillaware titles such as Muramasa or Odin Sphere. Light attack, heavy attack, and various button-mapped spells that deal different elemental damage like water and fire. As you progress through the stages, there’s a spell learning system called the Horoscope that lets you allot points into learning and upgrading new characters. 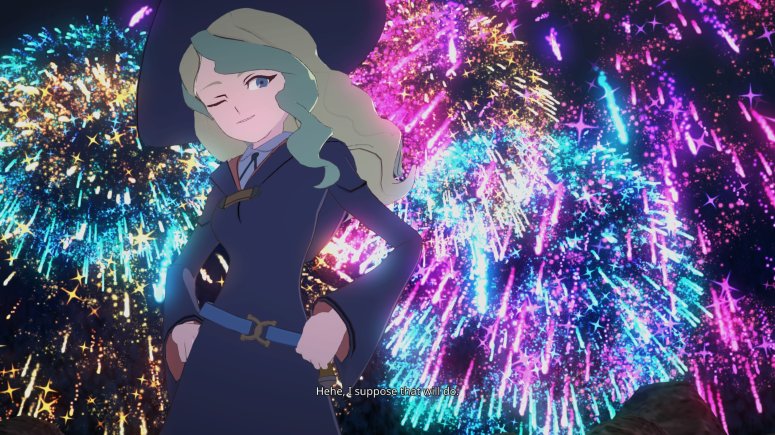 Speaking of characters, there are seven different characters to play as, each with their own boosts and abilities depending on which ones you pick. Depending on which three characters you choose to go into the dungeon with you, the character you choose to be leader gets special abilities such as double experience awards to comrades or better luck item/accessory drops in dungeons. The controls for your character are rather solid, however your A.I companions in battle do leave something to be desired. While if properly leveled can hold themselves up formidably, they also don’t think twice of running headfirst into a battle with minimal care for health or healing spell usage to stay in the fight for longer. This being a JRPG, an option to have different tactics for each of your party members depending on certain parameters would’ve been a fine addition. 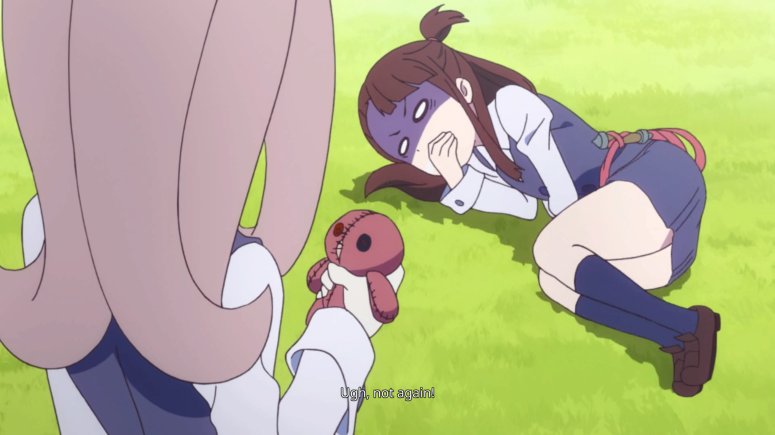 Little Witch Academia: Chamber of Time pays a fine homage to the series it was born from, but not without its share of issues keeping it from true greatness. Regardless of whether or not you’re a fan of the anime, the best thing this game does is pay respects quite nicely to the anime in its presentation of story, characters, and overall theme as if your playing an episode of the series itself. For those however looking for a more robust and thorough JRPG, there’s certainly better to choose out there on the market for $40.